“Timber” is shouted as a warning so people will get out of the way of a falling tree.  But we had no warning. We’d lost power during a wind storm.  I was lying on the couch, flashlight in hand,  reading  Half of a Yellow Sun by Chimamanda Ngozi Adichie.  And suddenly I heard branches hitting the outside wall,  then a huge crashing sound and then more branches. My husband ran out of the other room, we grabbed our flashlights and looked outside.  A 150 foot tree, on the edge of the yard, had blown over and landed on the roof a couple of yards from where I had been sitting!  Thank goodness it didn’t come through the roof into the house!

I took this picture the next morning.  It is blurry because I took it through a rain splattered window. The broken part that you see here is the upper part of the tree.  The top of the tree was on the roof. 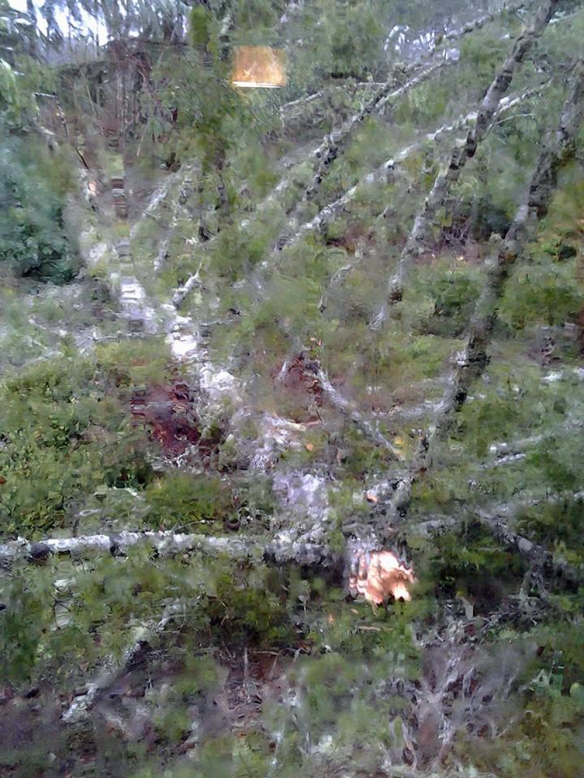 When the tree services people came out the next day, they said we were very lucky.  Apparently most roofs would not have withstood the impact of such a large tree. They told us that our home was built well. There’s a bit of a hole in the roof, but it didn’t break into the house.  The tree workers placed a temporary “plastic plug”  in the hole, so no rain will seep in. 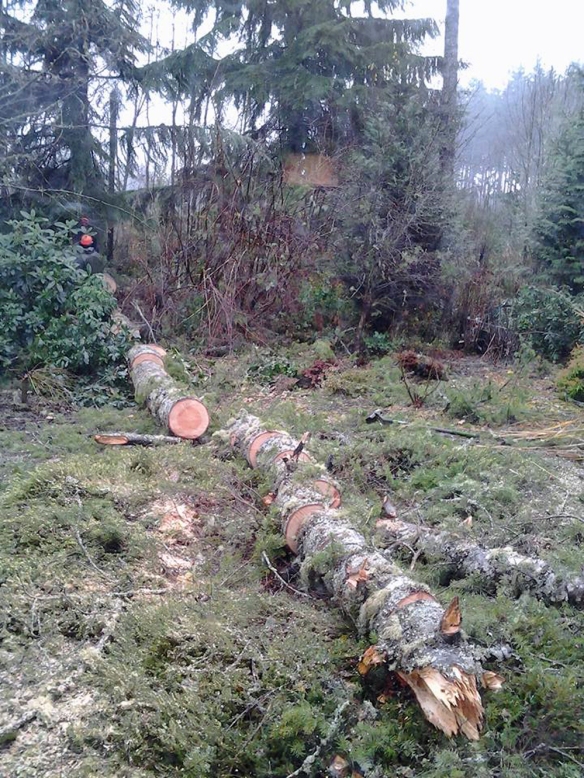 They sawed off all the branches and put them through a large chipper and then cut the tree into chunks and stacked it on the edge of the woods.  The roof repair folks will be out later this week.

I’m just thankful we are both safe.  Everything else can be fixed!